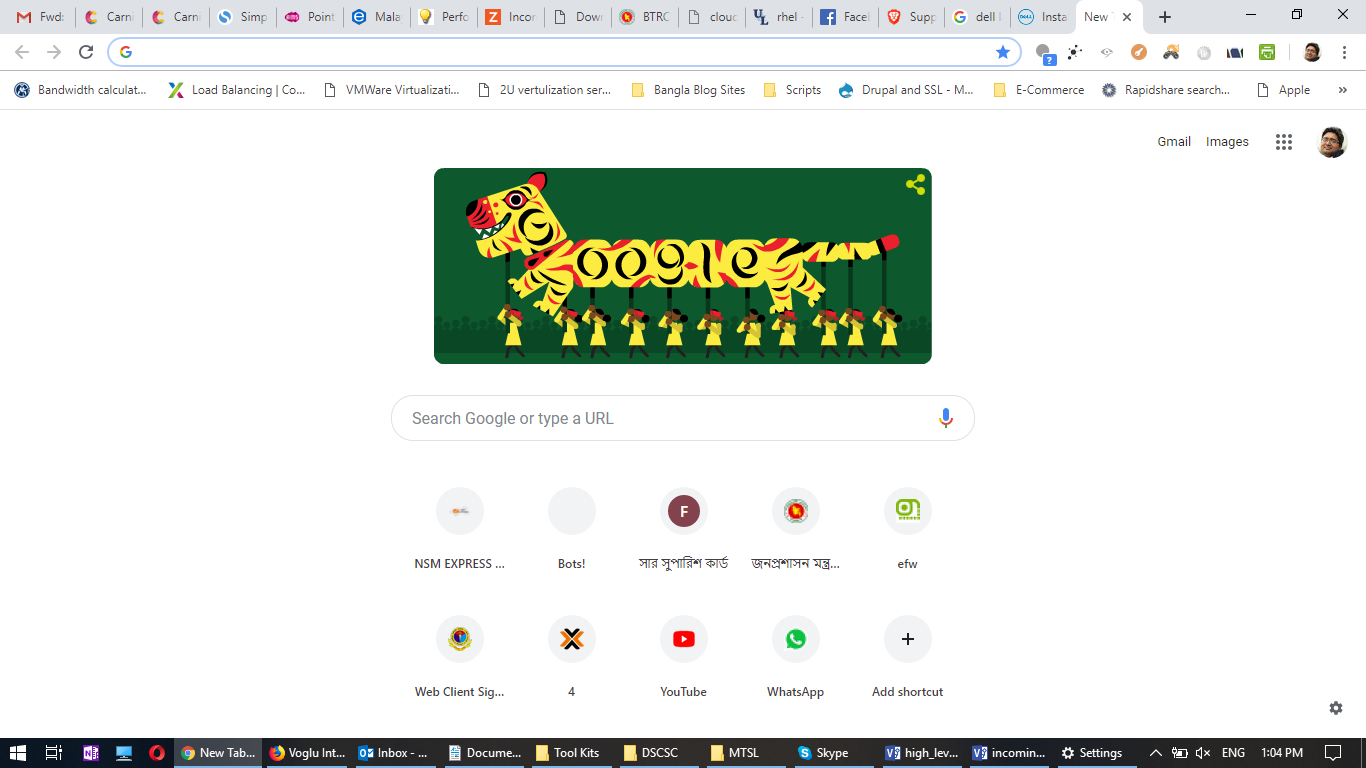 Over the years, it has become a key element of Pohela Boishakh celebrations. The world’s most popular search engine has created a doodle depicting the Mongol Shobhajatra procession to welcome Pohela Boishakh, the first day of the Bangla New Year.

The doodle, featuring a tiger, has been on Google’s homepage since early Sunday.

The procession, introduced in Jessore in 1985—and replicated in Dhaka in 1989—features large colourful masks, carnival floats of birds and animals, and other motifs of Bangladeshi culture.

Over the years, it has become a key element of the Pohela Boishakh celebrations among Bangalis at home and abroad.

Radical Islamist groups and parties have been demanding that the procession be scrapped, dubbing it “anti-Islamic.”

Pohela Boishakh celebrations started during Mughal Emperor Akbar’s reign, when it was customary to clear all dues on the last day of the Bangla month Chaitra as businessmen would open “halkhata” —  new books of accounts for the new year.

A Google Doodle is a special, temporary, alteration of the logo on Google’s homepage that is intended to celebrate: holidays, events, achievements, and people. Google Doodles were introduced in 1998.