An interesting comedy, but has some sweet tomantic flavor with reality!

Plot: A group of Connecticut locals enroll in an adult-education beginner’s swim class

The film is an ensemble comedy-drama that focuses on a few people who are afraid of the water and join an adult swim class. Amy Pierson (Paget Brewster) is a calculus teacher going through a divorce with her husband, Paul (Grant Aleksander). Noah Owens (Jeff Branson) is the teacher of the swim class who is battling depression, until he meets Jordan (Jess Weixler), a beautiful casino dealer/exotic dancer who wants to learn how to swim. Other members in the class in`clude a cop (Kevin Porter Young), a cocky woman who already knows how to swim (Liza Lapira), and a married couple (Todd Susman) and (Darla Hill).

Also, at the same time, Jordan’s brother, David (Avi Setton) and his obnoxious friend Hunter (Ricky Ullman) are trying to make a documentary about her. 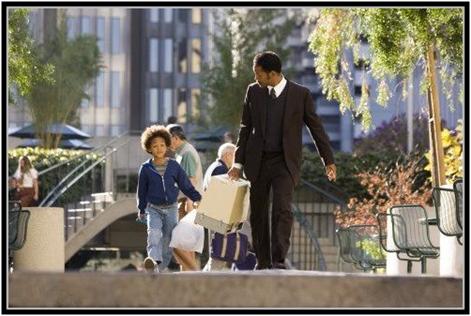 Based on a true story about a man named Christopher Gardner. Gardner has invested heavily in a device known as a “Bone Density scanner”. He feels like he has made these devices. However, they do not sell as they are marginally better than the current technology at a much higher price. On top of that, one of these does not work. As Gardner tries to figure out on how to fix the faulty one and sell the others, his wife leaves him, he loses his house, his bank account, and credit cards. Forced to live out in the streets with his son, Gardner is now desperate to find a steady job; he takes on a job as a stockbroker, but before he can receive pay, he needs to go through 6 months of training, and to sell his devices. Written by John Wiggins

In 1981, in San Francisco, the smart salesman and family man Chris Gardner invested the family savings in Ostelo National bone-density scanners, an apparatus twice more expensive than x-ray with practically the same resolution. The white elephant financially breaks the family, bringing troubles to the relationship with his wife that leaves him and moves to New York. Without money and wife, but totally committed with his son Christopher, Chris sees the chance to fight for a stockbroker internship position at Dean Witter, disputing for one career in the end of six months training period without any salary with other twenty candidates. Meanwhile, homeless, he has all sorts of difficulties with his son. Written by Claudio Carvalho, Rio de Janeiro, Brazil

Chris Gardner has big dreams for him and his family but it doesn’t seem to come together for him. Chris has an opportunity to be a stock broker but first he has to go through a grueling internship which means no pay. Chris decides to do it but when his wife leaves and he is evicted, he has to take care of his son on his own. So they find themselves sometimes living on the street and struggling to get by. But Chris is determined to make it. 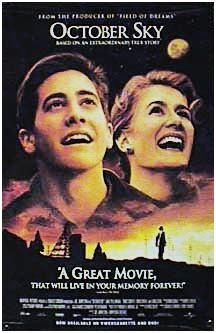 In 1950’s mining town called Coalwood, Homer Hickam is a kid with only one future in sight, to work in the local coalmine like his father. However in October 1957, everything changes when the first artificial satellite, Sputnik goes into orbit. With that event, Homer becomes inspired to learn how to build rockets. With his friends and the local nerd, Homer sets to do just that by trial and a lot of error. Unfortunately, most of the town and especially Homer’s father thinks that they are wasting their time. Only one teacher in the high school understands their efforts and lets them know that they could become contenders in the national science fair with college scholarships being the prize. Now the gang must learn to perfect their craft and overcome the many problems facing them as they shoot for the stars. Written by Kenneth Chisholm {kchishol@execulink.com}

Based on fact, this is the story of a teenager named Homer Hickam, growing up in a coal town in West Virginia where a boy’s usual destiny was to “end up in the mines.” But Homer had his eye on the sky and a love for flying rockets… to the dismay of his mine-foreman father, and the consternation of the townsfolk generally. END_OF_DOCUMENT_TOKEN_TO_BE_REPLACED

Current Engagement as CEO at Kloud Technologies Limited. You can reach me [h.t.emdad at gmail.com] and I will be delighted to exchange my views.