Step 1: Reboot your Ubuntu 20.04 LTS Operating System and load the GRUB menu by holding the Shift Key on Keyboard

The first step is to start your computer machine and keep pressing the shift button on your keyboard until the GRUB menu appears, as shown in the picture below: 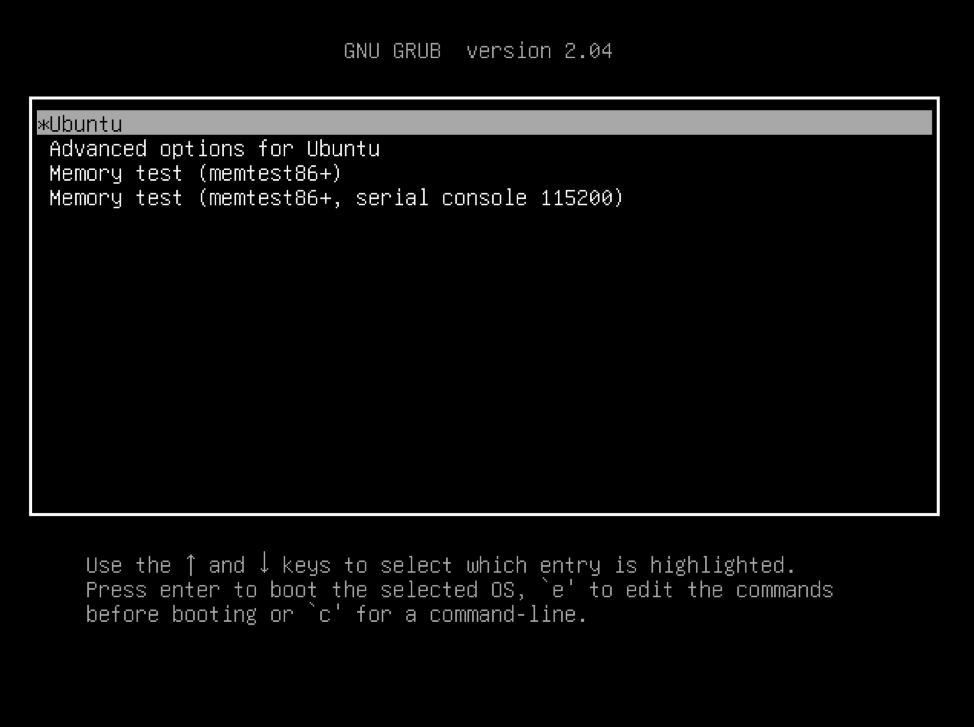 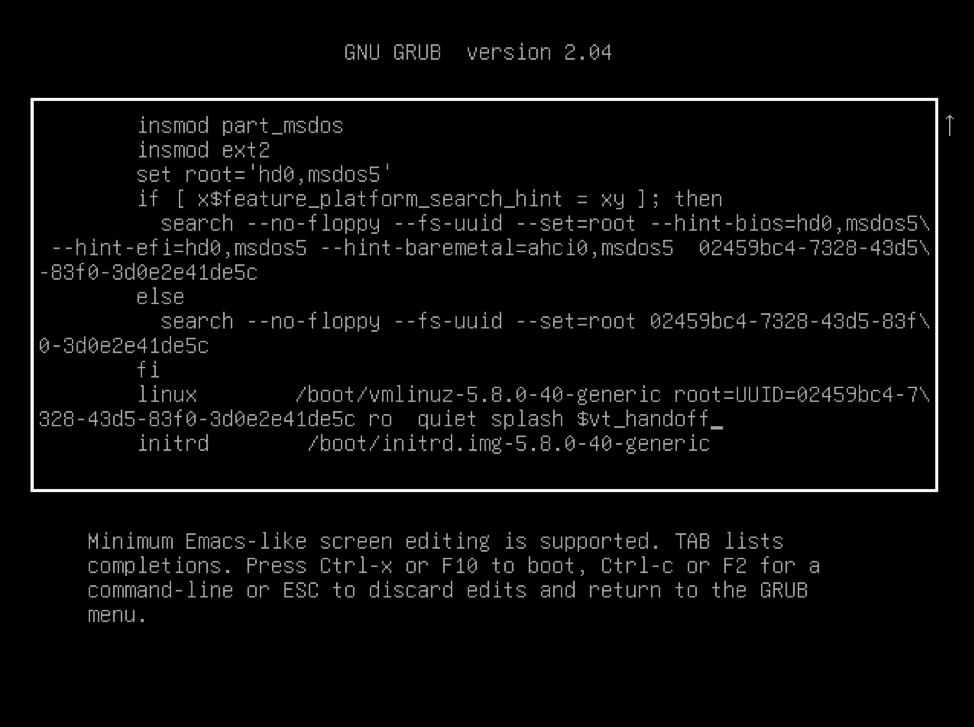 After entering into the editing mode of commands, scroll down until the last, find a line that starts with the word ‘linux’ and change the last clause of this line that reads ‘ro quiet splash $vt_handoff’ to this clause, ‘rw init=/bin/bash’, as shown in the pictures below: 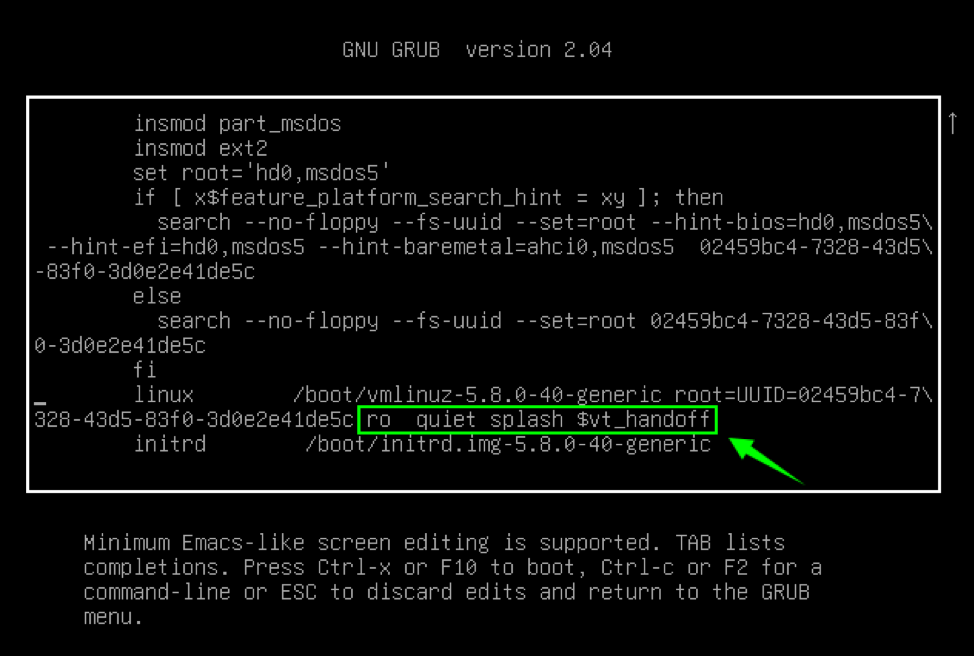 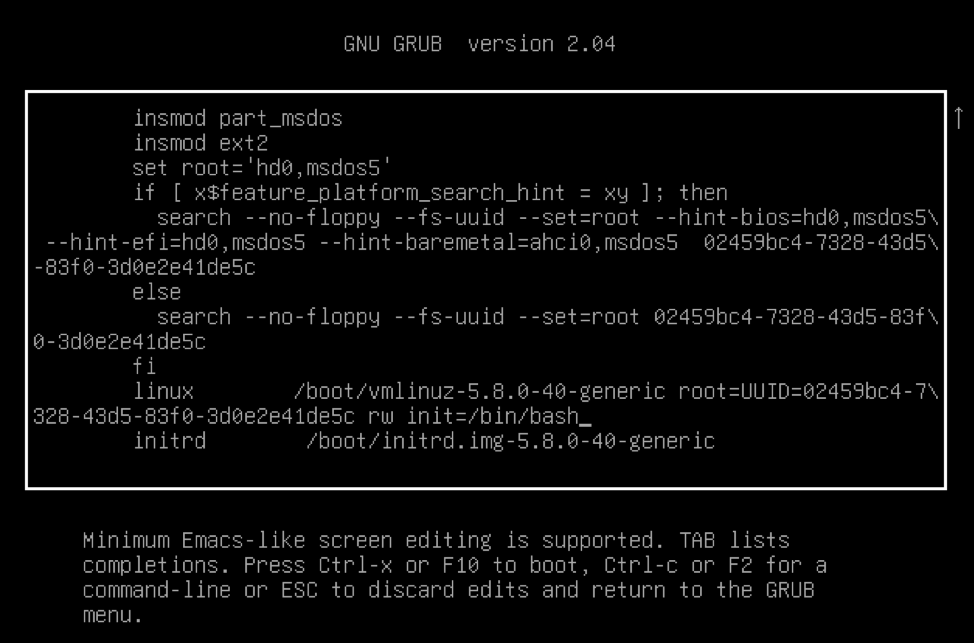 Step 4: Press F10 or Ctrl-x to save the edits and boot

In the root shell command prompt screen, type the command given below for confirmation of the read and write privileges.

Step 6: Type the ‘passwd’ command and provide the new password for the root

Once read and write access rights are confirmed, type the ‘passwd’ command and enter or set the new password for the root.

You can see that the password is updated successfully.

After successfully updating the password of the root, the last step is to just reboot your system by typing the command given below:

After running the above command, your computer will reboot and load the welcome screen of the Ubuntu 20.04 LTS system.