Jesse Aarons trained all summer to become the fastest runner in school, so he's very upset when newcomer Leslie Burke outruns him and everyone else. Despite this and other differences, including that she's rich, he's poor, and she's a city girl, he's a country boy, the two become fast friends. Together, they create Terabithia, a land of monsters, trolls, ogres, and giants and rule as king and queen. This friendship helps Jess cope with the tragedy that makes him realize what Leslie taught him. Written by Popdivaprincess3000

A little imagination can sometimes go a long way. The story of young and artistically talented Jesse Aarons, who is sharing concerns and money problems with his family. He's having trouble at school with the bullies and there is a bully like troll who charges the kids a dollar to go and pee. He is fighting for the attention of his father, against his baby sister. Life for young Jesse isn't looking up, that is until the adventurous, imaginative and non-conformist Leslie Burke arrives in town. Together they form a bond and Jesse's life shall never, again, be the same. Adventures and amazement in other worlds center around these two kindred spirits, and for once, for Jesse, life isn't so bad after all. If your mind is wide enough then let your imagination take you over the Bridge to Terabithia. Written by Cinema_Fan END_OF_DOCUMENT_TOKEN_TO_BE_REPLACED

During the Vietnam War, the young American Captain Willard is given the assignment to hunt down and kill one of his own: Colonel Kurtz who has apparently gone insane, murdered hundreds of innocent people, and constructed a strange kingdom for himself deep in the jungle. Willard and his crew embark on a surreal river journey to find Kurtz, meeting along the way a Lieutenant-Colonel who surfs during live combat, Playboy bunnies dropped in by helicopter to entertain rowdy troops, and the inhabitants of a French plantation trapped in colonial times.

Alone among assassins, Jack is a master craftsman. When a job in Sweden ends more harshly than expected for this American abroad, he vows to his contact Pavel that his next assignment will be his last. Jack reports to the Italian countryside, where he holes up in a small town and relishes being away from death for a spell. The assignment, as specified by a Belgian woman, Mathilde, is in the offing as a weapon is constructed. Surprising himself, Jack seeks out the friendship of local priest Father Benedetto and pursues romance with local woman Clara. But by stepping out of the shadows, Jack may be tempting fate.

A couple goes to dangerous lengths to find a lung donor for their daughter.

Following the American invasion of Iraq in 2003 Chief Warrant Officer Roy Miller and his men are charged with finding the so-called weapons of mass destruction, whose existence justified American involvement, according to the Pentagon and their man in Baghdad, Poundsgate. Veteran CIA operative Marty tells Miller that there are no weapons, it is a deception to allow the Americans to take over the country and install a puppet leader. Also suspicious of Poundsgate is Wall Street Journal reporter Lawrie Dayne, who lets slip to Miller that Poundsgate told her he had secret talks in Jordan with an important Iraqi, code-named Magellan, who told him about the weapons, though it now seems likely Magellan’s true information was to the contrary. So begins a hunt for the truth. Who’s playing whom? Written by don @ minifie-1 END_OF_DOCUMENT_TOKEN_TO_BE_REPLACED

Dr. David Gale, an advocate of eliminating the death penalty, is falsely accused of rape and murder. Once convicted, he ends up on death row in Texas himself, telling his story to a reporter through a series of flashbacks.

When anti-death-penalty activist David Gale is convicted and condemned to death for the murder of a colleague, reporter Bitsey Bloom sets out to learn the story behind Gale’s crime. What she finds challenges her belief in Gale’s guilt and, finally, in the justice system.

A University of Texas professor of philosophy and capital punishment abolitionist, David Gale, finds himself on Death Row convicted of murder. Days before his execution, skeptical journalist Bitsey Bloom is sent to conduct David Gale’s final interview. Unaware that she would not be investigating Dr. Gale, Bitsey and her sympathetic intern leave to Texas for what is to become a story of a lifetime.

The story follows a University of Austin professor, Dr. David Gale, an advocate for the abolishment of capital punishment, who is falsly convicted of rape and murder of another activist. He suddenly finds himself on death row. The film is told in flashbacks with a female reporter interviewing Gale. 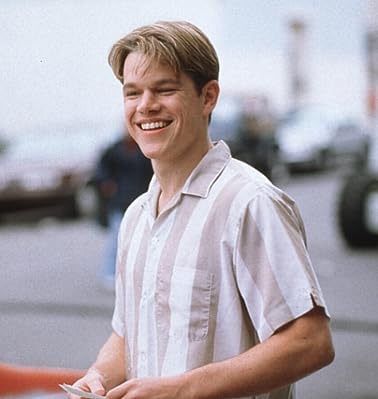 Though Will Hunting (Matt Damon) has genius-level intelligence (such as a talent for memorizing facts and an intuitive ability to prove sophisticated mathematical theorems), he works as a janitor at MIT and lives alone in a sparsely furnished apartment in an impoverished South Boston neighborhood. An abused foster child, he subconsciously blames himself for his unhappy upbringing and turns this self-loathing into a form of self-sabotage in both his professional and emotional lives. Hence, he is unable to maintain either a steady job or a steady romantic relationship. END_OF_DOCUMENT_TOKEN_TO_BE_REPLACED

An eighteen-year-old from the slums of Mumbai finds himself competing on the game show “Who Wants to Be a Millionaire,” where the questions he must answer offer a look back at his earlier life. The show’s host, however, insists that he must be cheating and takes steps to force young Jamal to admit that a boy from such an impoverished background could not possibly possess the knowledge necessary to win the show’s top prize. by oscar.com END_OF_DOCUMENT_TOKEN_TO_BE_REPLACED